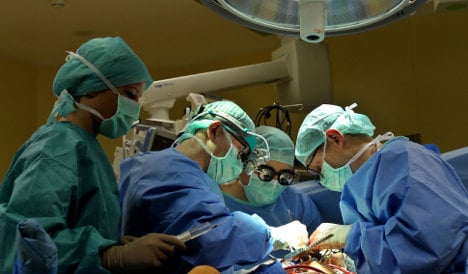 “I’m asking for an end to restricted admission and for a stronger emphasis on selection interviews,” he told Frankfurter Allgemeine Sonntagszeitung.

Grade point averages alone could not determine who would make a good doctor, he said.

Rösler added that he supported an expansion of university places for medical degrees.

A serious doctor shortage was looming, particularly in rural areas, said Rösler, who is himself a trained doctor.

“We have an oversupply of doctors in city areas and already a dramatic shortage in rural areas,” he said.

Furthermore, many doctors were approaching retirement age, he said. And the shortage was being more acutely felt than the figures showed.

“Countermeasures must be taken now,” he said.

He acknowledged the responsibility would ultimately fall to the states to find new ways of allocating places at medical schools, but said he had encountered no resistance from state health ministers – indeed there was agreement.

“I’d like to get the restructuring under way politically in this legislative period,” he said. “We need to determine, with the states, what carefully targeted selection criteria (for medicine courses) should be.”

Stronger regulation of the supply of medical care was needed today, he said.

“In the 1990s, there was a glut of doctors. Today the circumstances are different. When a doctor shortage is identified, it must be responded to flexibly.”

One possibility was that communities or the Association of Statutory Health Insurance Physicians could set up practices in underserved areas. Young doctors could be encouraged to work there as employees.

“After a certain time, they can be offered the opportunity to take over the practice,” he said.