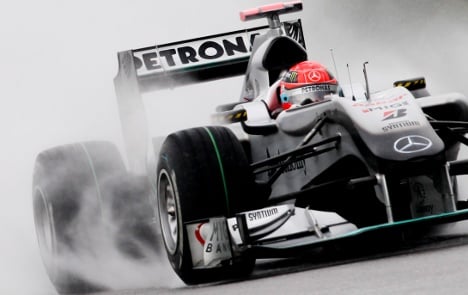 Schumacher, 41, pulled out of the race on the 10th lap after telling his team in the pit that “something has broken”. It later emerged that a wheel nut had come loose.

At the time, Schumacher was in sixth place, having advanced from his starting position of eighth.

The elimination continues an underwhelming start for the former world champion, who has won a record seven world titles.

After stirring the sport into a frenzy by emerging from retirement to join the Mercedes GP team, Schumacher finished sixth in the season opener in Bahrain and 10th in Australia.

German Sebastian Vettel from the Red Bull team went on to win the race at the Sepang International Circuit outside Kuala Lumpur, ahead of team mate Mark Webber with Nico Rosberg from Mercedes GP coming in third. 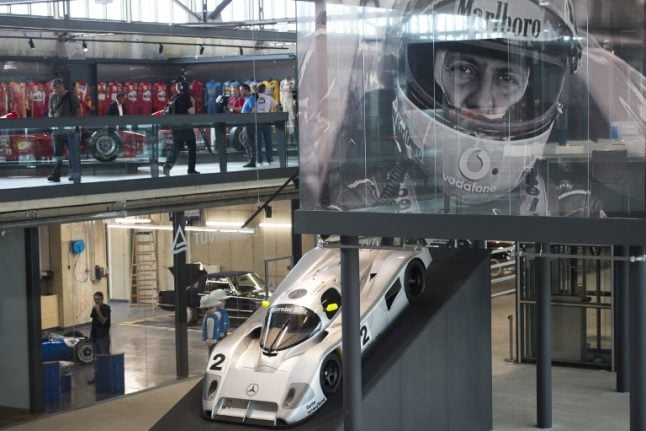 A photo of Michael Schumacher at the new Motorworld in Cologne, Germany. Photo: AFP

Swiss news magazine L'Illustre reported this week that the seven-time world champion, who sustained serious head injuries in a 2013 skiing accident, was being moved to a vast property in the village of Andratx on Mallorca, recently purchased by his wife Corinna.

A number of media around the world have picked up the story in recent days, prompting the family to exit its habitual silence on all private manners.

“The Schumacher family does not plan to move to Mallorca,” family spokeswoman Sabine Kehm told AFP in an email.

L'Illustre based its story on a comment from Andratx mayor Katia Rouarch, saying she could “officially confirm” the 49-year-old German sportsman would be settling in the village.

“Everything is being put in place to accommodate him,” she told the magazine.

But it appears that the vast property that Corinna Schumacher reportedly bought from Real Madrid president Florentino Perez in Andratx for some 30 million euros ($34 million) is meant to be used as a vacation home for her and the couple's two adult children.

Schumacher fell and hit his head against a rock while skiing in the French Alps with his family in December 2013.

He spent time in hospital in Grenoble and Lausanne before being brought to his home on the shores of Lake Geneva in Switzerland in September 2014 to continue his rehabilitation.

Schumacher's family has avoided providing any details about his health,insisting it is not a public issue, and his current condition remains a mystery.