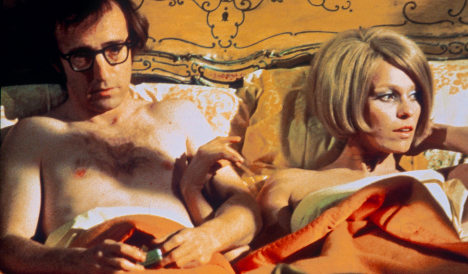 Not a couple in Zwickau. Photo: DPA

The daily Bild reported on Monday that the couple’s neighbours had lodged repeated noise complaints for exceptionally loud sex noises that kept them up at night.

“The frequency and tremendous volume of their screaming and moaning can be heard in the entire house and it’s become a no longer acceptable nuisance,” the landlord explained in the couple’s eviction notice.

The 25-year-old man Michael Krug, his similarly aged partner Nicole Kühn and their two small children must now leave the apartment by mid-April, the paper reported.

“Of course we’re louder than other people,” Kühn told Bild. “We have long-lasting and good sex – enjoying ourselves basically.”

Fortunately the randy couple has apparently already found a new place to live with much thicker walls than their current flat.