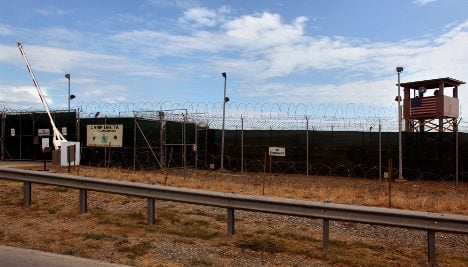 A German delegation visited Guantanamo last week to meet the prisoners who might come to Germany after their release, Der Spiegel magazine reported over the weekend.

The delegation included officials from the Interior Ministry, the federal criminal police and the immigration office. They are said to have wanted to meet the prisoners to make an assessment of their needs and to make a risk prognosis.

US special envoy Daniel Fried gave a list of nine names to the German Interior Ministry at the end of last year. Secret talks have been held during the months since then to discuss how the men might be accommodated in Germany, and under what conditions.

Der Spiegel reports that of the original nine prisoners, several have already been accepted by other countries and released, leaving what it calls a handful remaining who would come to Germany.

These include a Palestinian man from the West Bank who belongs to the conservative religious grouping Tabligh-i-Jamaat, who was arrested in Pakistan; a Jordanian who travelled to Afghanistan in the summer of 2001 and was arrested there, as well as a Syrian who was arrested shortly after being treated in a hospital in Kabul.

The plan to allow the prisoners to come to Germany has been criticised from within the governing coalition, in particular from Wolfgang Bosbach of the Christian Democratic Union (CDU) and chairman of the parliamentary interior committee.

“I have fundamental security concerns about the admission of Guantanamo prisoners. Should we decide, despite these, to take former prisoners on humanitarian grounds, all security concerns must be checked and satisfied for each individual prisoner,” he told the Bild am Sonntag newspaper.

“The US must convincingly explain to us why these people were not freed until now, why the US will not admit them and why they cannot go back to their home countries,” he added.

President Barack Obama had pledged to close the Guantanamo prison when elected, criticising its controversial legal basis and the treatment of those held there. There remain around 190 prisoners, nearly 100 of which are being prepared for release.

US
‘Health pass’: What documents do Americans need for travel to Italy?
Url copied to clipboard!