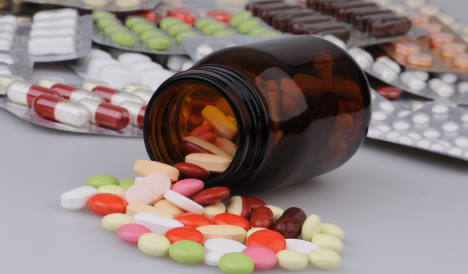 Rösler, who has until now been perceived as a friend of the pharma industry, said he hoped to promote competition as well as make significant savings to the statutory health care costs, which previous governments have been able to get under control.

His proposed package of reforms includes an increase of the mandatory discount for patented drugs sold to the statutory health system from the current six percent to 16 percent.

Prices will be frozen at August 2009 levels until the end of 2013, and the current fixed price system for some patented drugs, as well as the discount price contract system for generic, or copied drugs, will be retained.

Rösler’s major focus is a new system to set prices on new, innovative drugs, which he said entirely accounted for the increase in drug spending last year.

The new system grants producers freedom to set prices themselves for the first year of a drug being on the market. But when the drug is launched, the producer must produce a dossier on its costs and benefits, which will be assessed by the authorities.

The association for innovation-based pharma companies, the VFA, denounced the system as breaking promises made when the coalition government was formed, and said it would be devastating to prospects for investment in Germany.

VFA manager Cornelia Yzer said in a statement: “The coalition contract promised a competitive reorganisation and deregulation for the drugs sector. These points in contrast, contain enforced measures and can hardly be beaten for their bureaucratic complexity.”

The other important pharma lobby group in Germany, the association of the pharma industry, BPI, also heavily criticised the price freeze and increased mandatory price reduction, as well as the continuation of the discount contract system.

ProGenerika, the association representing the generics industry, which produces cheap copies of drugs after their patents have expired, issued a statement tearing into the minister’s reform. Peter Schmidt, ProGenerika manager said in the statement: “The generics industry rejects these suggestions without any ifs or buts. They are partly not carefully targeted, partly really nebulous and partly eyewash.”

Rösler published the new regulations after lengthy discussions with political partners. He said they would be drawn up into a bill over the coming weeks and he hoped they would come into effect by the start of 2011.

The plans were welcomed by the association of statutory health insurers, the GKV Spitzenverband whose chairwoman Doris Pfeiffer said in a statement: “It is good that the government is acting decisively on the high medication prices. Price negotiations in connection with a sensible benefit analysis are the key to prevent excessively high prices for new drugs.

“With the short-term measures also announced, and the maintenance of the discount contract system which individual insurers can arrange, it is altogether a good package.”