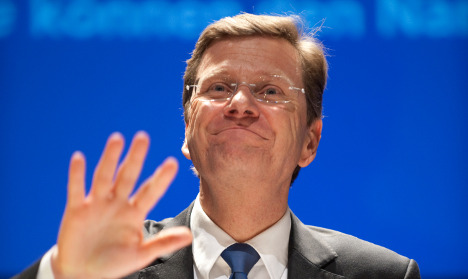 On July 31, Germany’s first openly gay minister and vice chancellor, who is in a long-term relationship with entrepreneur Michael Mronz, will kick off the quadrennial games at the Rhein Energie Stadium.

Westerwelle’s participation was a “clear signal for more tolerance and acceptance of homosexual people in our society,” Gay Games Cologne 2010 director Annette Wachter said, adding that organisers hope this will enhance how the athletes are received in their daily lives.

More than 12,000 athletes from around the world are expected at the games, which run from July 31 to August 7 in the city.

The first Gay Games event took place in 1982 in the California city of San Francisco with the aim of fighting discrimination against lesbians, gays and bisexuals.

Its 35 competitions include football, track and field, swimming, body building, bowling and golf.