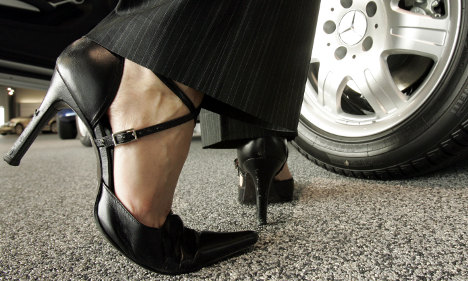 The organisation, which claims to be among Germany’s top auto clubs with 550,000 members, found that women were at fault for significantly fewer instances of drunk driving, road rage and serious accidents.

Of 320,000 auto accidents that resulted in injury in 2008, men were behind the wheel for more than two-thirds of them.

Results varied regionally, though. Brandenburg women took the study’s top safety ranking at 187 at fault for accidents per 100,000 adult women – well below the national average of 216 per 100,000.

Women in Saxony, Thuringia, Berlin, North Rhine-Westphalia, Baden-Württemberg, Saxony-Anhalt, and Mecklenburg Western-Pomerania were all below the national average.

The rest of the country’s 16 states were just above average, with the tiny state of Saarland taking last place at 274 per 100,000 adult women, or 27 percent of total accidents.

But according to the study, bad female drivers are still better than men.

“Even the worst values found for the women are still significantly better than the male drivers, who with a rating of 413 (accidents per 100,000 adult males) caused nearly double the accidents with injuries,” the ACE study said.

ACE did, however, acknowledge that other factors of inequality may play a role in the fine female rankings. Previous studies have shown that men drive almost twice as far as women each day, and 11 percent more adult men hold a driver’s licence, their statement said.