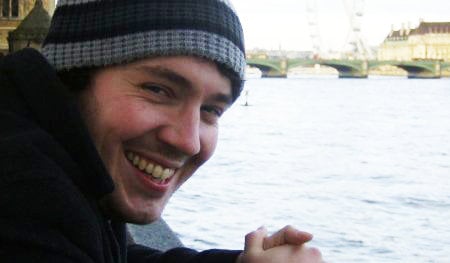 Patrick has in the meantime been sharing his Swedish adventure with readers of The Local on his new blog – Swedetalker.

“Like many before me I followed the path of a glamorous blonde. It brought me to Malmö last November and the first thing I did was to sign up for a Komvux language course,” Patrick Reilly told The Local.

But glamorous blonde notwithstanding, Patrick felt he needed some additional inspiration to pursue the path less travelled to mastery of the Swedish language.

“I figured that having to update my blog would give me an extra motivation for attending the classes,” he explained.

Patrick has already managed to post a wealth of anecdotes from his early SFI (Swedish for Immigrants) classes and reports that the feedback has exceeded expectations.

A further goal has been set by this ambitious Irishman and that is to write a full-length article in Swedish by the time the SFI course ends in July. No easy task for an Irishman, he says, despite his background as a freelance journalist.

“We Irish are not very good at learning new languages, we do not even speak our own,” he joked.

While Patrick has come into contact with the Irish expat community in Malmö, even penning an article for The Local on the budding Swedish sport of Gaelic football, he says that the intensive tempo of the language classes and the international blend of his classmates keep him occupied.

“I have colleagues from Australia, Costa Rica, Poland, Iraq. Many of them don’t speak English and so socializing together is a great way for us to practice the little Swedish that we have acquired so far.”

So despite the obvious attraction of meeting friendly countrymen overseas, Patrick recommends newcomers to immerse themselves in Swedish culture as much, and as soon, as possible.

“I would suggest signing up for SFI straight away, there can be a wait. Then Malmö has a great library; I practice by reading children’s books. Then it is just a question of getting out and speaking to people.”

In response to a question as to when Swedetalker’s readers can expect to see their first post in faultless Swedish, Patrick Reilly replied:

“I have said a full article by the end of the course – in July. But in reality when I can write something that is me, in my own words, and that expresses what I want to say.” 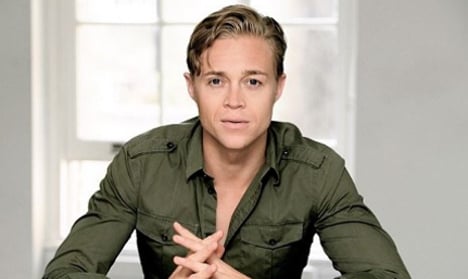 The actor and model started the blog on July 1st, just days after being diagnosed with leukaemia – a blood cancer which develops in bone marrow.

“There is a risk that I will not survive,” he posted in both English and Swedish.

But after weeks of gruelling chemo therapy doctors at the Karolinska Institute near Stockholm have revealed that Bolin is expected to return to complete health, the actor told his fans.

“We have just found out from the doctors at Karolinska the following: my entire blood system, and my spinal chord system, is now free from blood cancer. Just to be 100 percent clear to all of you, my beautiful angels: I have survived and killed my cancer,” he wrote in this latest blog entry.

However, the actor is not yet at the end of the road to full recovery. He is set to undergo chemo therapy until February 2016 to ensure the cancer stays out of his system.

“Imagine the feeling in your heart when you've run up a long hill. Have you ever tried that? Or if you've ever been at a gym, if you've done a really hard cardio session. Now, think about how hard the heart beats. If you want to know how I feel, then add about five times to that heart feeling,” wrote the 28-year-old in the blog post published late on Tuesday.

My Tuesday Angels, Naturally; I’ll cut Straight to the Point. We have just found out fro… http://t.co/ZN6yzyKfRP pic.twitter.com/G3wcxizLax

Bolin's heartfelt blog quickly went viral in July after being picked up by several Swedish and international media, including The Local.

“I feel so utterly sad and confused right now. I feel like it's unfair that I should have to go through this hell of a treatment, after fighting so hard to reach this stage in life and be on the cusp of fulfilling my acting dreams. But, I will not give up,” read one of his earliest entries.

The star is best known for his role as Philipp in Swedish film Snabba Cash in 2010 (released internationally as Easy Money) and Snabba Cash II (2012), his first major parts after quitting a previous career in banking.

He has spent the past few years living in London where he's played small roles in British reality TV show Made in Chelsea and the recently released UK web sci-fi show Kosmos.

Reacting to the huge social media stir surrounding his blog, he told The Local last month: “the response is the best and most powerful experience ever”.

“I’m in shock but in a good way. It wouldn’t have been possible for all these people to come together without social media. It’s amazing to see how many wonderful people there are out there.”

Thanks to his contacts in the film and television industry, Bolin said at the time he had already been approached by production companies who are keen on turning his story into a documentary and added that he had received support from many fellow actors, including other Swedes he worked with on Snabba Cash.

“I decided to let people follow me on my journey from beginning to end and this enormous response makes me feel so empowered,” he said.

Update: In 2019, Fabian Bolin founded the app WarOnCancer together with Sebastian Hermelin to improve mental health for everyone affected by cancer.