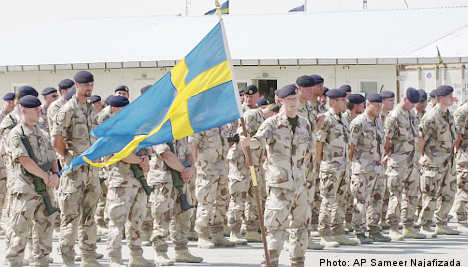 The reductions will lead to 800 million kronor ($112 million) in savings, which will be invested in the military’s transition to a professional army, according to a report from Sveriges Radio (SR).

In July 2010 Sweden’s compulsory military service scheme will come to an end and be replaced by a voluntary system, which is not expected to require the same training resources.

“We have a certain over capacity and can carry out our activities in fewer locations,” General Lieutenant Jan Salestrand told SR.

“We have not yet started identifying where they should be.”

The government has been criticized for plans to close air force bases and regiments, which opponents say will leave the country vulnerable to an attack. A freeze on any closures was ordered until after the general election in September.

However analysts speculate that the most likely candidates for closure will be the F17 air force base in Ronneby in southern Sweden as well as troop regiments in southern and western regions. Northern Sweden is expected to keep the F21 base in Luleå, which hosted Nato war games last year.