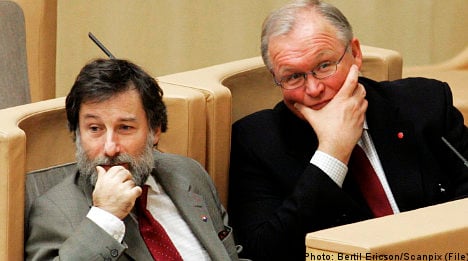 Despite the opposition agreeing to abolish the so-called “RUT deduction” several senior Social Democrats have been found to be regular users of the system.

Two-thirds of Swedes are in favour of keeping the system which allows households to gain a 50 percent reduction in a range of services including babysitting and cleaning, a new survey commissioned by the Confederation of Swedish Enterprise (Svenskt Näringsliv) shows.

The RUT deduction has been criticised by the Left Party and the Social Democrats for benefiting only the rich. The Green Party last week raised the possibility of retaining the system but on Sunday agreed to sign up to opposition demands to abolish it if they gain power after the autumn election.

The survey, compiled by Novus Opinion and involving 1,000 Swedes, also shows that there is widespread support for retaining the tax relief among Green Party voters with almost half stating that they want the system retained.

Social Democrat leader Mona Sahlin defended the opposition’s position over the RUT deduction in a televised Sveriges Television debate on Tuesday conceding that while she had previously been in favour she now opposed the system on ideological grounds, arguing that the money could be better spent elsewhere.

Fredrik Reinfeldt defended the RUT deduction by claiming that it has created 7,000 jobs and encouraged a previously informal sector to become formal, thus generating taxes.

The couple are not alone in making use of the system, with former culture minister Leif Pagrotsky, former foreign minister Jan Eliason and former prime minister Göran Persson all named.

While Mona Sahlin has defended her colleagues by arguing that it is unreasonable to place higher demands on them, Left Party spokesperson Josefin Brink is more critical.

“It shows that this is a privilege that only benefits high income earners. It strengthens contempt for politicians as being people who only look after themselves,” she told the newspaper.