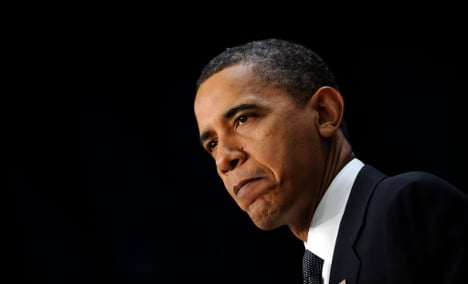 According to a report in Monday’s edition of the New York Times, senior aides said the president’s new strategy, set to be outlined in a document called the “Nuclear Posture Review,” would clarify under what conditions the Obama adminstration might use nuclear weapons.

“It will be clear in the document that there will be very dramatic reductions — in the thousands — as relates to the stockpile,” a senior administration official told the paper.

These reductions would likely come from storage sites in Europe, including Germany, Italy, Belgium, Turkey and the Netherlands, the paper reported.

German Foreign Minister Guido Westerwelle has repeatedly called on the United States to remove its nuclear weapons from German soil, but such a decision would have to be approved by the NATO miltary alliance.

US forces are thought have between 10 to 20 nuclear bombs at the Büchel airbase in the western German state of Rhineland-Palatinate left over from the Cold War.

Internal US government discussions have included questions over whether these “tactical” weapons provide real defence or just “political reassurance,” the paper said.

The president has embraced the goal of world free of nuclear weapons, despite criticism from conservatives who have said this is naive given the situation in Iran and North Korea. Main points include focusing on non-nuclear defences, non proliferation agreements, and possible new forms of deterrence.

But Obama’s new strategy will likely still avoid ruling out a first nuclear strike by the United States in the case of a serious threat.