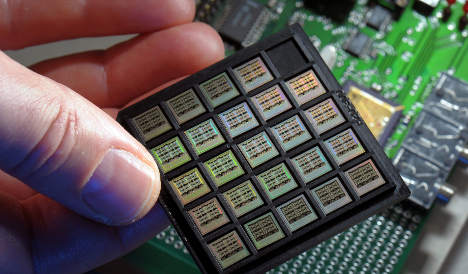 The survey, by German IT industry lobby group BITKOM, was intended to show how the division between real life and the virtual world is increasingly coming down, one of the main themes of the CeBIT trade fair that kicks off this week.

In all, 23 percent of around 1,000 respondents in the survey said they would be prepared to have a chip inserted under their skin “for certain benefits.”

But 72 percent said they would not “under any circumstances” allow electronics in their body.

The results appeared to surprise even the high-tech sector.

“This is of course an extreme example of how far people can imagine networks going,” said BITKOM chief August-Wilhelm Scheer.

The CeBIT, the world’s biggest high-tech fair, throws its doors open to the public on Tuesday, with Spain, the current EU president, this year’s guest of honour.

A total of 4,157 firms from 68 countries are to unveil their latest gadgets, a decline of three percent on last year as many high-tech firms stay away amid strong competition from other events.