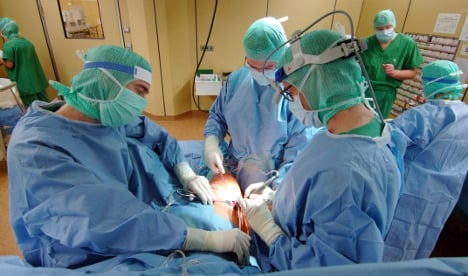 About one third of those who have had joint replacement surgery between 2004 and 2008 at the city’s Loretto hospital will be affected by the defect after two studies showed that metal shavings could separate from the implant.

Neither the clinic nor doctors there are at fault for the problem, the hospital said.

In the last 20 years this “hasn’t happened a single time” with other prostheses, said surgeon Marcel Rütschi, who has replaced more than 3,000 artificial hips during his career.

But in 2008 Rütschi treated a patient who got an infection because of metal pieces that broke off the implant. The surgeon then decided to stop using the artificial hips due to suspicions that the joint wasn’t working properly.

The hospital has since checked in with almost all 720 patients who received the implant at the hospital, and more than one hundred have already had theirs replaced. Another 125 patients still await their replacements, which the RkK will pay for, the organisation said.

The unnamed manufacturer of the prosthesis has blamed the problem on surgical error, saying doctors did not properly insert the implant into the hip bone, but the RkK said their newly published study proves the complications arose from metal bits from the device.

The €30,000 study is meant to clear the hospital of any suspicion of malpractice while it considers a legal case against the prosthesis manufacturer.