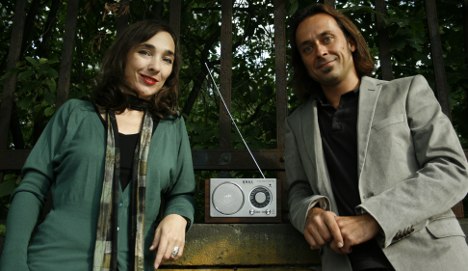 If mainstream music is a modern-day plague then MotorFM is the cure.

That’s at least how the upstart broadcaster likes to position itself five years after a group of likeminded individuals came together to combat the scourge of bland Top 40 radio.

“It was a very personal thing for us,” the station’s marketing director Markus Kühn told The Local this week. “In the beginning MotorFM was solely a platform for new music. There was nothing comparable to it in Germany.”

Defying the prevalent scepticism of a crisis-ridden music industry at the time, he joined forces with Mona Rübsamen, the former head of MTV Germany, to set up a discerning station offering its listeners a steady supply of the best music around – from the latest indie rock to classy electronica.

“Roughly 45 percent of what we play is new music,” said programme director Rübsamen.

Besides broadcasting over the airwaves in Berlin and Stuttgart, MotorFM attracts over 50,000 listeners each day to its online live stream. It has also embraced song downloads as way to help fund new music in the age of internet piracy.

“The internet has been a crucial component of what we do from day one,” said Kühn, pointing to the growing scope of the station’s website. “Radio is simply a great medium.”

This month, MotorFM celebrated its fifth anniversary – a milestone solidifying its position as a broadcasting force to be reckoned with even beyond the music world.

“At first people wonder how long you’re going to survive, but after five years they can’t help but take you seriously,” said Rübsamen at the station’s offices in central Berlin. “We’ve become a platform for creative industries from fashion to architecture.”

For example, the station currently is helping the Benetton-funded “creativity laboratory” Fabrica search for new talent. Designers, artists and other free-thinkers can win a year-long fellowship at Fabrica’s campus in Treviso, Italy.

And recognising Berlin’s growing cultural clout internationally, MotorFM even has an English-language radio show three times a week. Mixing talk with music, the Irish and American hosts might have a new band from London on one night and an underground comic the next.

But before going global, Rübsamen said the station would focus on expanding its audience in Germany by acquiring broadcast licences in dynamic urban centres like Hamburg and the Ruhr Valley.

“Supporting creative industries has become a priority for many cities, but these places realise they have to do more than simply offer money,” she said. “In five years I hope we’re a creative platform with national reach.”

Until then, Germans can help fight the mainstream plague by tuning in online.