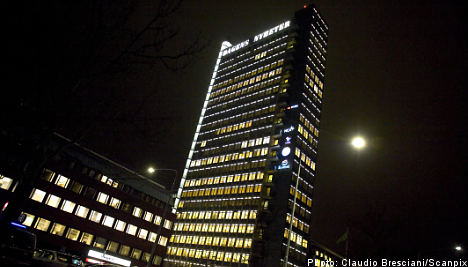 Staff and unions have responded with dismay at the news.

“We have known for a while that we have had financial problems. But this landed like a bomb. I can not understand what has happened now to make this necessary,” Hans Arbman, chairman of the local union branch, said to Dagens Media.

Most of the staff cuts will affect editorial staff and follows a tough austerity programme launched by the Bonnier family-owned flagship publication in the autumn.

Gunilla Herlitz took over from industry veteran Thorbjörn Larsson on November 1st, becoming only the second woman to lead the firm.

Herlitz was brought in to wield the axe after a long period of decline, and since her arrival major changes within the editorial staff have occurred.

The news that 100-120 of the newspaper’s 580 strong workforce are to go was communicated to staff at around 11am on Thursday morning. The lay-offs are to affect 60-70 editorial staff, with the remaining cuts primarily targeting sales and administrative employees.

Dagens Nyheter is part of the Bonnier family concern. Founded in 1864, the newspaper’s stated editorial position is “independently liberal”.

DN is Sweden’s largest morning newspaper with a circulation of around 340,000.

Since the middle of the 1990s competition has intensified in the Swedish media sector with the advent of the internet, free newspapers, and more intense print competition.