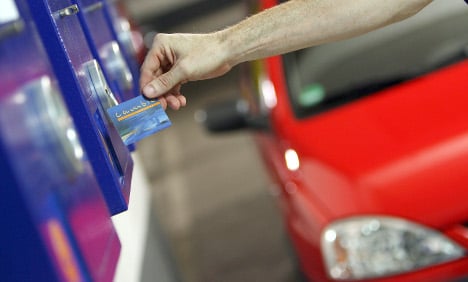 According to the BBC over the weekend, the Brunel Street machine begins operating in German due to a December software change put in place when the city hosted its Frankfurt Christmas Market.

“Maybe the machine got confused,” a city council spokesperson told the BBC.

The city plans to fix the problem this week, while attendants have put up a sign to help drivers translate the German-language commands.

“It is quite funny, but I don’t understand how that can happen,” one driver told the broadcaster.

A similar problem reportedly happened several years ago to visitors of the city’s so-called “Brum Eye,” an enormous temporary Ferris wheel. Instead of English explanations, tourists were treated to French dialogue that described Paris.