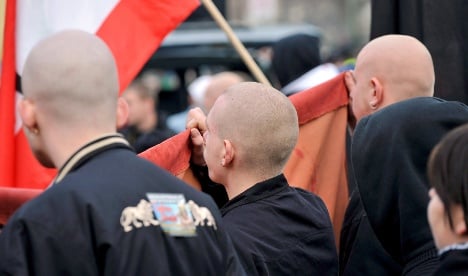 “The NPD follows clearly anti-constitutional goals and must disappear from the political landscape,” Bavarian Interior Minister Joachim Herrmann (CSU) told the paper. “I am working on a new case for an NPD ban.”

“For a successful ban we don’t need the information from (them),” Herrmann told the paper. “There is enough material that proves the NPD is an enemy of the constitution.”

“According to my estimation the NPD is an anti-constitutional party that should be banned,” he told the paper. “This is open to see. For this I don’t need any (Verfassungsschutz) people.”

Meanwhile Interior Minister for the state of Mecklenburg-Western Pomerania Lorenz Caffier (CDU) told the paper that existing evidence shows the right-wing extremist party to be aggressively attempting to attack Germany democracy and replace it with Nazi ideology.

SPD interior expert Sebastian Edathy also supported the disengagement of intelligence agents to further the case against the neo-Nazi party.