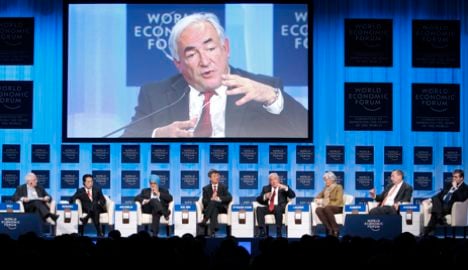 “That’s not done. There are clear cabinet jurisdictions,” Brüderle complained on Friday evening at a reception given by Deutsche Bank boss Josef Ackermann. The Free Democratic Party (FDP) politician reportedly said that he wouldn’t invite army generals to dinner either.

Guttenberg, Brüderle’s predecessor in the Economy Ministry and member of the Christian Social Union (CSU), invited managers of major German companies, including the German central bank, BASF, and energy giant RWE, to the breakfast. The purpose of the meeting was reportedly to discuss the relationship between security policy and Germany’s economic interests.

Brüderle spent his breakfast with the founder of the World Economic Forum (WEF) Klaus Martin Schwab.

The WEF’s annual meeting in Davos brings together the world’s economic leaders to discuss major international issues. This year’s conference has been dominated by discussions of financial market regulation, the social responsibility of banks, and the plight of Greece.

The breakfast row is the latest in a series of spats in Germany’s uneasy governing coalition of the FDP and the CDU/CSU.

“Westerwelle got really loud,” a source close to Merkel reported.