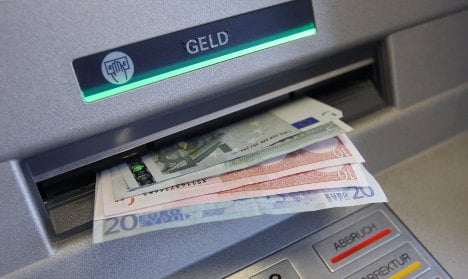 In a comparison of 200 banks, the survey found that the average such fee has risen by 13 percent in the last half year to reach €5.64, according to the survey cited by daily Süddeutsche Zeitung.

But other banks have moved to almost double this – charging up to €10 to get cash from other banks’ machines.

“The dramatic increase is no longer acceptable,” spokesperson for the VZVB German consumer protection agency Frank-Christian Pauli told the paper, adding that direct banks and branch banks are placing their competition quarrels on the backs of customers.

Herbst recommended that consumers check their bank statements carefully to find out which banks are charging the most and avoid them.

Another solution for avoiding the exorbitant fees is using a Visa credit card cash advance, for which banks will only charge €1.74, Herbst said.