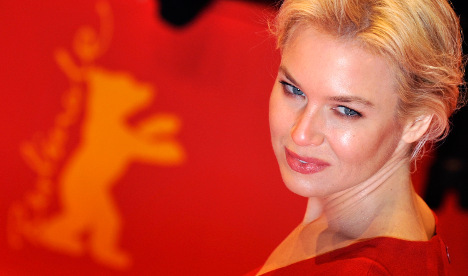 The star of the “Bridget Jones” franchise will sit on a seven-member panel chaired by Academy Award-nominated German director Werner Herzog to pick the winner of the coveted Golden Bear top prize at the February 11-21 event.

The jury is to hand out the prizes at a glittering awards ceremony on February 20.

Highlights of this year’s line-up include fresh releases by Roman Polanski, Martin Scorsese and Michael Winterbottom and the festival opener “Apart Together” (Tuan Yuan) by China’s Wang Quan’an.

Zellweger, 40, clinched an Academy Award for best supporting actress in 2004 for the US Civil War drama “Cold Mountain”, which also featured in competition in Berlin.

Herzog, 67, was nominated for a best documentary Oscar in 2007 for “Encounters at the End of the World” and is a festival-circuit favourite for cult classics such as “Nosferatu”, “Fitzcarraldo” and the 2005 documentary “Grizzly Man.”

The Berlinale is one of Europe’s top film festivals along with Cannes and Venice.