In the October to December period, the world’s fifth-biggest cell phone maker saw its net loss shrink to 167 million euros ($236 million) from 187 million a year earlier, but for the full-year the shortfall swelled from 73 million euros in 2008 to 836 million in 2009.

Sony Ericsson’s chief executive Bert Nordberg said the positive effects of a restructuring programme undertaken a year ago were expected to be seen as of the third quarter.

“2010 will still be challenging as the full benefit of cost improvements will not impact results until the second half of the year, however we are confident that our business is on the right track,” he said in the earnings report.

The quarterly loss was the company’s sixth straight quarter in the red, but it was better than analyst forecasts of a loss of 254 million euros.

The Ericsson share was up 2.40 percent at 72.50 kronor on the Stockholm stock exchange in mid-morning trading.

The Swedish-Japanese joint venture, the first of the big phone makers to present its earnings report, has cut thousands of jobs in the past year as it struggles amid competition from Apple and Research in Motion, the makers of smartphones iPhone and Blackberry.

The recent recession hit the mobile phone industry and Sony Ericsson hard in 2009. The company is basing its new strategy on entertainment applications.

“We will continue to focus on returning the company to profitability by establishing Sony Ericsson as the communication entertainment brand based on an exciting portfolio of mid- and high-end products,” Nordberg said.

Sony Ericsson’s strongest features are its camera and music applications, according to analysts.

Its average selling price per unit was 120 euros, compared to 121 euros a year earlier and higher than its traditional competitors Nokia, Samsung and LG.

The group said it expected “slight growth” in the global handset market in 2010. 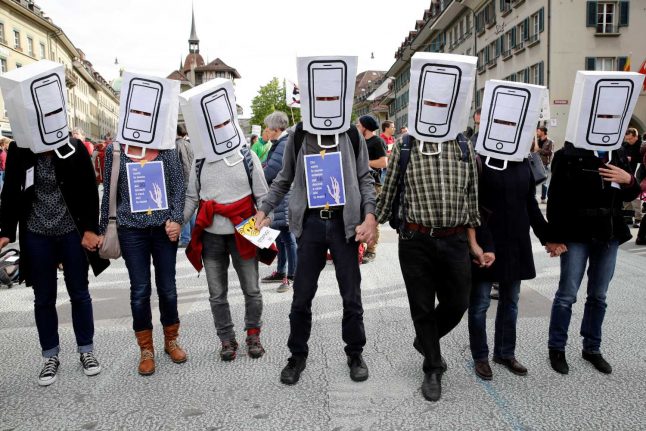 A comparison of mobile phone offers by comparison portal Dschungelkompass and Switzerland’s Stiftung für Konsumentenschutz has shown which providers offer the cheapest deals in Switzerland.

The research shows that finding the right provider does not only depend on the company in question – but also on what kind of phone user you are.

Not glued to your phone like a teenager on TikTok? Then prepaid offers are likely to be the best for you.

The study found that the CHF9.90 monthly deal from Mucho Mobile is the most economical deal in Switzerland, netting you a 60 minutes of call time, 10 SMS messages and 300 megabytes of data.

READ: Our readers on the best mobile phone plans in Switzerland

Sunrise, Lidl and TalkTalk also have offers which cost between CHF10 and CHF12 a month.

The researchers however said that paying a bit more will bring users plenty in terms of value for money, particularly if taking a flat rate.

Oliver Zadori, from Dschungelkompass, said “if you are not regularly abroad or make calls abroad, you can do without expensive subscriptions and travel better with a low flat rate, even if additional roaming charges are incurred for a stay abroad.”

By spending around CHF25 to CHF30 per month, customers can get a flat rate on calls, texts and downloads from several companies – although the larger Swiss telcos seem to be a bit pricer than the smaller ones.

Yallo’s flat rate has a minimum for one month and Lebara for two, meaning you don’t need to sign a long-term contract for 12 or in some cases 24 months.

Promotional offers the way to go

The following table shows the findings of the researchers. One major recommendation is to look at which promotional offers are available as these are usually cheaper.

Zadori said consumers should look to find the right promotional offer, although timing was a major factor in finding the best deal.

“Promotional offers have become more important in recent years. If you subscribe to the right subscription at the right time, you can save a lot of money,” Zadori said. This article has been prepared as a guide only based on research completed by Switzerland’s Stiftung für Konsumentenschutz and Dschungelkompass. The Local Switzerland does not receive a commission from any of the above companies.