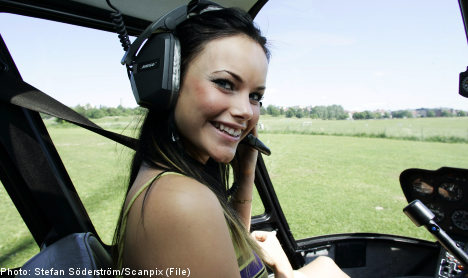 Sweden’s tabloids went into overdrive this week with news that the 25-year-old bikini model and former Paradise Hotel contestant was the prince’s new belle.

But the race car-driving prince would neither confirm nor deny the rumours when approached on Friday by newspaper Expressen outside the agricultural college he attends in Alnarp in southern Sweden.

“I’m not going to say anything. People will have to accept that,” he said.

Prince Carl Philip has been a regular fixture on the party scene since his previous relationship with Emma Pernald came to an end in February of last year.

Sources close to the prince told the tabloids that he has already met with Hellqvist’s family.

The 25-year-old model first came to prominence when posing for a series of racy photographs for men’s magazine Slitz. Such was her popularity with readers that she was later headhunted to appear in the 2005 season of Paradise Hotel.