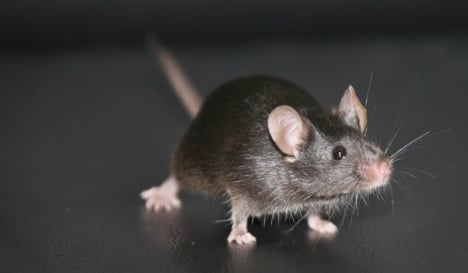 Over the holiday break, the rodents moved into the Paul Löbe building, which houses parliamentary offices and committee meeting rooms, the paper said. But the furry new residents are so embarrassing to the Bundestag’s administration that they have refused to comment officially on them.

But sources in the administration told the paper that “at least a dozen” humane mouse traps have been set by exterminators, who check them each day. Some 12 mice have already been captured, the source told the paper.

The mice were apparently known to inhabit a landscaped courtyard behind the building not far from the Reichstag, but they moved indoors due to the harsh winter.

Under no circumstances will the administration allow the media to cover the wee new additions to the parliamentary community, or efforts to remove them.

“A report about the mouse hunt – this does not fit with the dignity of this high house. We are still a constitutional institution,” a spokesperson told Die Welt.

But the paper said mice were in no way shameful compared to other occurrences within the hallowed parliamentary buildings.

According to the paper, years ago a journalist for broadcaster Sat.1 claimed to have found traces of cocaine on 22 of the 28 parliament’s toilets.