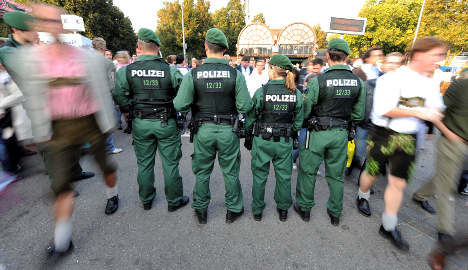 The additional checks of visitors’ bags, the declaration of the area as a no-fly zone, and increased police presence were introduced in 2009 after a number of threats were made against the Bavarian capital in the run-up to the festival.

“I suspect that the security measures will be similar this year and also in the future,” Oktoberfest organiser Gabriele Weishäup told daily Münchner Merkur.

She said the security zone declared around the festival ground last year “to a certain extent mirrors the conditions in our world.”

Munich police authorities have said a final concept for the Oktoberfest security had not yet been signed off. But a spokesman told the paper, “It is to be expected that similar measures to last year will be taken if a similar situation is at hand.”