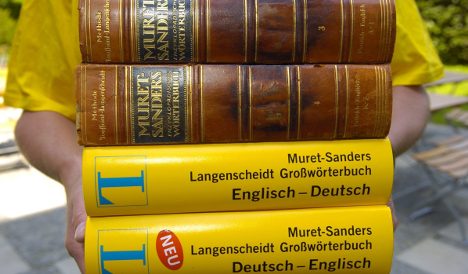 The initiative was launched after it was noted that the most lucrative cases – for both state coffers and lawyers – were being conducted outside of Germany because international businesses did not want to handle legal matters in German.

The Frankfurter Allgemeine Zeitung paper reported at the weekend that justice ministers of North Rhine-Westphalia and Hamburg, Roswitha Müller-Piepenkötter and Till Steffen respectively, aimed to change the law governing the German courts so that cases could be conducted in English.

The paper says many internationally-active businesses were used to negotiating and closing contracts in English, and made provisions to deal with disputes in the same language – ensuring that any court cases are heard in an English-speaking country.

“Germany as a legal centre suffers from the fact that court laws stipulate that German is the language to be used,” Müller-Piepenkötter said. “Foreign contract partners and parties in court cases are wary of dealing with things in a foreign language before a German court.”

The proposal she and Steffen have drawn up, along with representatives from judge and lawyer associations, foresees certain district courts across Germany being empowered to establish special courts for international business matters – in English.

Brigitte Kamphausen, deputy chairman of the judges’ association told the paper, “In my seven year as chairman… I have often experienced how many nuances and details have been lost in translation into German.”

German judges would be capable of dealing with things in English, she said, noting that many judges have worked in international chancelleries or have added a Master of Laws qualification to their CV.

For now, the pioneering work is being conducted in North Rhine-Westphalia where the Higher Regional Court of Cologne – and thus the district courts of Aachen, Bonn and Cologne which fall under its jurisdiction – offers special English-language court hearings.

But because the law has not yet been changed, although all oral contributions are conducted in English, all written submissions, as well as the verdict, still have to be in German.