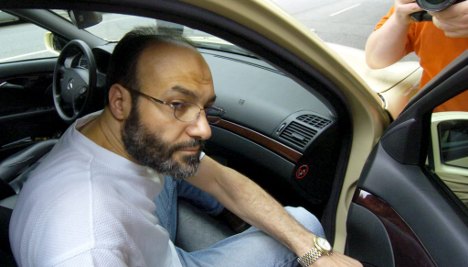 But a CIA official has admitted that plans were made to kidnap him without the knowledge of the German authorities.

The official told Der Spiegel magazine that there was no CIA commando with the brief to kill the Syrian-German, as reported in Vanity Fair magazine last week. Diplomats told German security chiefs there was no execution plan, during a meeting in the US embassy in Berlin last month, the magazine says.

The CIA official said, “That would have been absolutely impossible in a country like Germany.”

But a CIA agent who was active in Germany at the time admitted to the magazine that the US secret services had considered kidnapping suspected al-Qaida activists in Germany and that this had been weighed up for Darkazanli.

“There was the idea to conduct secret operations in Germany. It was about actions without the knowledge of the Germans, and Darkazanli was one of those who were on this list,” he said.

The suggested plans were drawn up in the full knowledge that carrying them out would be illegal, and, according to the CIA source, only foundered on the resistance of agents working in Germany.

“We were considering carrying out things which would have been absolutely illegal,” he said. But the 25 agents who were active in Germany after September 11, 2001, stymied the idea.

The agent said, “We said no then, because we thought that one could not do such a thing in a friendly country in which many American soldiers were stationed.”

The allegation that a killer commando had been sent after Darkazanli caused outrage in Germany. Darkazanli had been under observation before 2001 due to financial connections he had with some al-Qaida leaders.

He also knew some of the 9/11 suicide pilots who were based in Hamburg before they went to the US to learn to fly and carry out the attack. But despite intense investigation by the German authorities, Darkazanli has never been charged with a terror offence and continues to live in Hamburg.

An attempt by Spanish prosecutors to have him extradited to face charges there, failed.

Despite generally avoiding the media, Darkazanli spoke on German television station ARD last week saying, “It is hardly possible to express in words what I am going through at the moment. That a contract to murder was given out against me by the officials.”

He said he had noticed cars following him even recently. “It has not stopped,” he said. “There are often cars following me, sometimes more, sometimes fewer. One didn’t know who was behind me, whether it was secret services or media.” He also said he had found electronic parts in his wife’s car, which he said could have been a transmitter so she could be followed.

A parliamentary committee is set to start investigating the matter at the beginning of the month, while a number of German politicians have warned that relations with the US could be damaged if it were shown to have planned illegal actions against a German citizen on German soil.