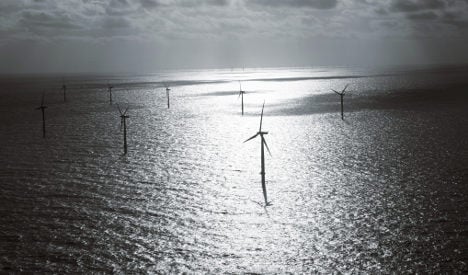 The farms, which are expected to produce a quarter of the UK’s electricity needs by 2020, will be built by E.ON, RWE and Siemens, the British government announced on Friday, as it issued details of its biggest ever public contract.

RWE Innogy, the renewable energy arm of RWE, has won the biggest project, along with partners Scottish and Southern Energy plc, and the Norwegian firms Statkraft and Statoil. The project will create the Dogger Bank wind farm, generating nine Gigawatts when completed.

Fritz Vahrenholt, RWE Innogy manager called the project the Desertec of the north, referring to the enormous plan to harness solar energy in the middle east and northern Africa.

Dogger Bank will cover 8,600 square kilometres of the North Sea – an area said to be half the size of Schleswig-Holstein. Giant wind turbines will be built at every kilometre of the site, which is between 125 and 195 kilometres from the coast. This is further away from the mainland than most such wind farms, which will make it even more of a challenge, said Vahrenholt.

RWE has also won a contract on its own, for the Bristol Channel wind park, to create 1.5 Gigawatts. Düsseldorf-based E.ON will be responsible for a smaller project generating 0.6 Gigawatt, while Munich-based Siemens’ Mainstream Renewable Power will generate four Gigawatts.