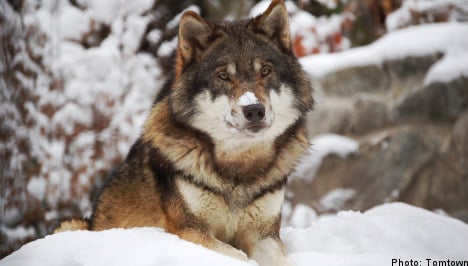 The final two wolves of the quota were killed in central Sweden on Tuesday, bringing to an end the first wolf hunt since 1964 as a number of hunters reported receiving anonymous death threats.

Parliament decided in October to limit the country’s wolf population to 210 animals for the next five years.

The cull was meant to run between January 2 and February 15, but hunters killed 20 wolves on the first day, sparking the ire of animal rights activists and local officials.

“I think the hunt was carried out very quickly, there were too many kills all at once,” said Stig-Åke Svenson, head of the local branch of the environmental agency in the central Dalarna region where hunters killed 10 wolves instead of the nine allotted to the region.

“And across the entire country, seven wolves were first wounded before they were killed, and that’s a very high number. These are problems that need to be investigated ahead of a possible wolf hunt next year,” he told AFP.

Some 12,000 hunters had been granted permits to take part in the hunt, a number environmentalists said was out of proportion to the total of 27 authorised kills in five central regions.

They also criticised the lack of coordination between the regions.

“The hunt was totally out of control, the quota was even exceeded in Dalarna, and thousands of hunters were allowed to take part in the kill,” lamented Mikael Karlsson, the head of the Swedish Society for Nature Conservation (SSNC) who has filed a complaint against Sweden with the European Commission.

The SNCC claimed the hunt violated European Union legislation on species and habitats.

“This hunt was aimed at pleasing the loudmouthed hunters” who have been calling for a wolf hunt for years, Karlsson said.

But Torbjörn Lövbom of the Swedish Association for Hunting and Wildlife Management said the criticism was “exaggerated”.

“The hunt went well for the most part, apart from the one wolf too many that was killed in Dalarna. The cull was completed quickly because the snow made it easier for us,” he said.

A fresh snowfall makes it easier for hunters to follow the animal’s tracks.

The Swedish government has also been the target of heavy criticism, in particular Environment Minister Andreas Carlgren whose image as a nature lover has taken a blow.

“The hunt turns to Carlgren,” headlined an editorial in tabloid Aftonbladet, the country’s most widely read newspaper.

The minister “says the hunt will put an end to the inbreeding in the Swedish wolf population … That’s of course nonsense,” it said.

Wolves had virtually disappeared from Sweden in the 1970s. They have thrived since being reintroduced but suffer from the effects of inbreeding because they all descend from the same handful of animals that were introduced.

The government plans to release some 20 new wolves into the wild by 2014 to broaden their gene pool and improve their health.

“If the environment minister’s real aim was to combat the wolves’ heart, back and kidney problems then the hunt would have been organised differently,” the paper wrote.

Parliament’s decision to allow the wolf hunt was aimed at increasing public acceptance of the predators.

The animal’s presence is controversial in the country as domestic and farm animals are increasingly attacked by wolves, which have been sighted recently near residential areas, including near the capital Stockholm.

There were between 182 and 217 wolves in Sweden last winter, the Environmental Protection Agency said, noting that new litters had been born since then.