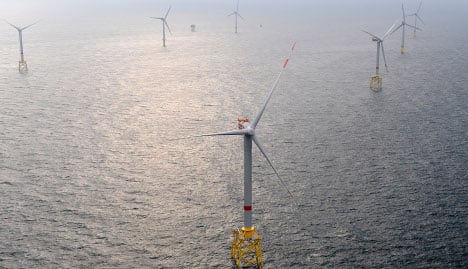 The €30-billion project would link German and British offshore wind farms, Norwegian hydroelectric plants, and Belgian and Danish tidal power stations with undersea cables in order to compensate for the irregular nature of renewable energy.

According to the paper, representatives from Germany, Britain, France, Belgium, Denmark, the Netherlands, Ireland, Luxembourg and Norway agreed to the massive undertaking in December and the respective governments hope to make it official by this autumn. The participating nations expect to have the high-voltage power grid complete within the next decade.

As much of the cost is expected to be covered by European energy firms, they are expected to take part in negotiations, Süddeutsche Zeitung reported.

A European network across the North Sea for renewable energy would alleviate a major drawback to renewable energy: its inconsistency. The paper said such concerns have hindered the advance of environmentally friendly forms of power production such as wind and solar considered crucial in the fight against global warming.

“Up till now everyone has done their own thing. We want to change that,” a spokesman for the German Economy Ministry told the paper.

The European Union hopes to generate a fifth of its electricity needs from renewable energy sources by 2020, spurring the creation of gigantic offshore wind farms currently being built in the North Sea. The paper said they are expected to produce 100 gigawatts of power, making the creation of the new energy network an important priority for Europe.