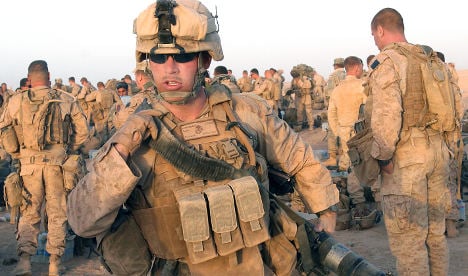 As part of its recently announced 30,000 troop increase, the United States will bring some 2,500 soldiers to Kunduz, the Bundeswehr’s second-largest base in the country, US General Stanley McChrystal’s office confirmed to the magazine’s website.

Among the soldiers will be 1,000 instructors to train Afghan police and the country’s national army by summer of 2010, followed by another 1,500 soldiers from the Airborne Division to protect US interests there.

Out of a total of 4,300 troops, the Bundeswehr currently has 1,100 troops stationed in Kunduz along with other smaller nations like Norway and Sweden, and Der Spiegel speculated that the US move into the area is meant to increase political pressure on Chancellor Angela Merkel to provide more assistance to the war effort.

According to the magazine, the Bundeswehr expects that the new US troops will not only expand training for Afghan forces, but intensify the offensive against Taliban fighters – and in doing so heavily influence the activities of German troops.

But so far the German Defence Ministry has reacted positively to the news because it will increase security for the Bundeswehr camps, the magazine said. The ministry is also said to be gunning for improved communication with the US military behind the scenes, a desire that may be easier to achieve due to the US troop increase.