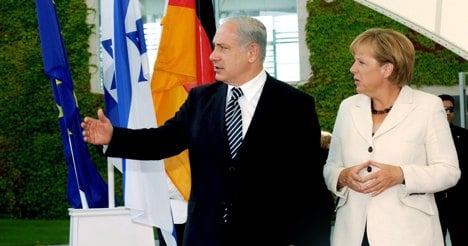 The previously scheduled session of the two governments was due to be held on November 30, but was postponed because Israeli Prime Minister Benjamin Netanyahu fell ill with a viral infection.

Netanyahu is expected to travel to the German capital with senior ministers for the meeting, which follows a similar one in Israel when German Chancellor Angela Merkel visited in March 2008.

Germany is currently playing a leading role in efforts to broker a prisoner exchange between Israel and the Islamist Hamas movement for an Israeli soldier held by Palestinian militants inside the Gaza Strip since 2006.