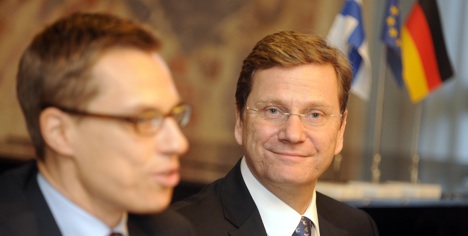 Free Democratic Party leader Westerwelle raised some eye-brows last month when he apparently said he would boycott the London summit “if it’s just going to be a troop-deployment conference.” Since then he has clarified his statement, claiming he “never threatened to boycott the summit.”

But speaking to news magazine Focus, he emphasised that the NATO meeting would not be successful if the only subject up for discussion was whether more troops should be committed.

Social Democratic Party (SPD) leader Sigmar Gabriel told news magazine Der Spiegel, “I think it’s strange that Mr. Westerwelle decides to say nothing about Afghanistan or our strategy there for weeks on end, only to jump out and say he’s not going to the London conference.”

“Instead of this kind of erratic foreign policy, he should make clear what his aim for the conference is,” Gabriel added. Apparently trying to stoke an internal feud in the government, he also accused Westerwelle of allowing Defence Minister Karl-Theodor zu Guttenberg to define Germany’s Afghanistan strategy. “We don’t want a militarisation of foreign policy,” Gabriel added.

He called on Westerwelle to present his aims for London in the German parliament, the Bundestag. “Then he might be able to go to London with a parliamentary consensus,” the opposition leader said.

“If Westerwelle doesn’t want to go London, then Guttenberg will just have to negotiate for Germany on his own,” CSU General Secretary Alexander Dobrindt told Der Spiegel.

Even Westerwelle’s government ally the CDU did not spare him. “I can’t imagine that the German foreign minister will boycott the Afghanistan conference, since Germany and France have particular interest in its success,” said CDU foreign policy spokesman Philipp Mißfelder.