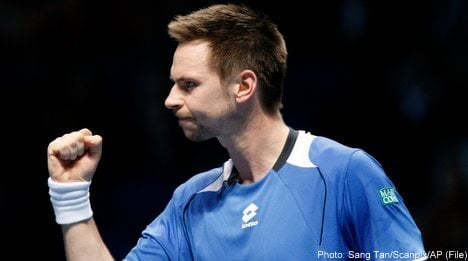 Söderling achieved his first career win over Swiss rival Federer, having lost all previous 12 times they had met, including in the 2009 Roland Garros final.

Federer said: “I’ve known Robin for a while and it was great to see his incredible run at the French Open. I think he’s really picked it up and it’s great to see. It was obviously hard starting the year against him in a rematch of Roland Garros. I had fun though.”

Spain’s Rafael Nadal will also get a chance to avenge the worst defeat of his career on Saturday when he tackles Söderling, the man who dumped him out of the French Open.

World number two Nadal was defeated for the first time at Roland Garros in 2009, where he was four-time champion, by the towering Swede, a setback which sent his season into a downward, injury-hit spiral.

Nadal, who also lost to Söderling at the ATP World Tour finals in London, will also get a chance for revenge when the two meet in the Capitala World final on Saturday.

“I’m very happy to be here in Abu Dhabi, it’s the perfect place to prepare for Doha and the Australian Open,” said Nadal who heads for the Qatar Open next week before defending his title in Melbourne,” Nadal said.

“I feel OK. I had the best five months of my career at the start of 2009 and after that I had a few problems. But anyway I didn’t have bad results – I lost in the semi-finals in all the tournaments and made one final. It’s impossible to be 100 per cent all the time.”

Nadal, who beat compatriot David Ferrer 7-6, 6-3 in an all-Spanish semi-final, is without an ATP final since May 2009 with his second half of the season badly-affected by knee tendinitis and a stomach strain. 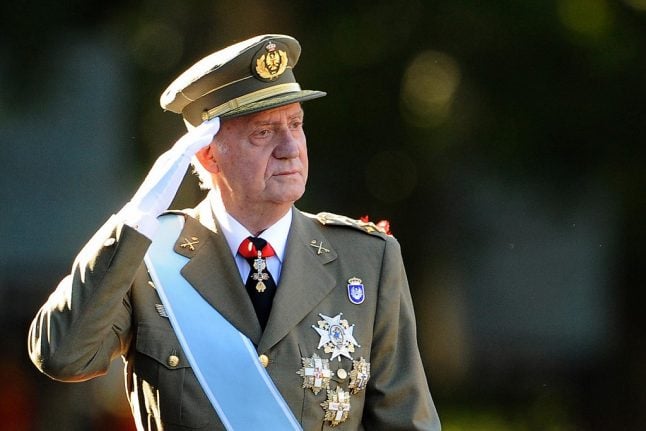 Other media have singled out Portugal or the Dominican Republic as possible destinations for the former monarch who abdicated in 2014, but his exact location has yet to be pinned down.

The royal palace has refused to reveal where Juan Carlos is living, saying he will announce it himself if necessary.

Pro-monarchy newspaper ABC wrote that the 82-year-old boarded a private jet on Monday from Vigo in northwestern Spain along with one aide and four bodyguards.

Seven hours later, the plane landed at a business airport in the capital of the United Arab Emirates.

According to a flight plan ABC said it had seen, the jet was registered as departing from Paris to avoid arousing suspicion.

In fact, it took off from Paris on Sunday before making a stop in Vigo to pick up Juan Carlos. The paper says he is now well shielded from paparazzi photographers in the luxurious Emirates Palace hotel, adding that high temperatures have so far kept him indoors.

But a manager at the hotel denied the former king was there, telling AFP: “We have no VIP guests.”

Juan Carlos has long had warm relations with the Gulf monarchies, and Spanish press reports say a transfer of $100 million to one of his Swiss bank accounts from late Saudi king Abdullah has come into investigators' sights.

After abdicating over corruption allegations stemming from public statements by a former mistress, Juan Carlos announced Monday that he was quitting Spain so as not to undermine his son King Felipe VI.