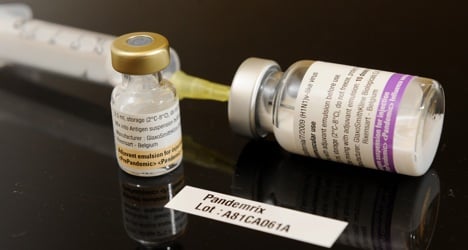 Hartmut Schubert, Health Minister of the state of Thuringia, told the Westfalen-Blatt newspaper that the original order had been placed when it was believed that twice as much of the vaccine would be needed to protect the population.

The pharmaceutical company GlaxoSmithKline has already been informed, Schubert said, and negotiations for the reduced order would begin on January 7.

According to the federal Health Ministry, Germany has offered the swine flu vaccine for sale to other countries. But the economic production and sale of the vaccine is solely under the jurisdiction of Germany’s states. Negotiations are under way with ten different countries, including Moldova, Macedonia, Kosovo, Albania and Ukraine, but they are said to be unhappy with the asking price, currently €7 per dose.

Parliamentary state secretary Gudrun Kopp of the federal Development Ministry commented, “If the states want to sell some vaccine, they will have to reduce the price.”

One dose of the Pandemrix vaccine costs around €8 to produce, but the health insurance companies only pay for what is actually administered.

A spokesman for the Health Ministry of Germany’s most populous state, North Rhine-Westphalia, said that the number of new cases of swine flu was falling – it was now spreading at the same rate as an ordinary seasonal flu.

The city-state Hamburg is in danger of losing several million euros as the majority of its swine flu vaccine doses remain unused. Only around 100,000 people, around six percent of the population of the city, have had themselves immunised so far, health spokesman Rico Schmidt told the Bild newspaper. Around 200,000 doses are still in stock, while more than a million have been ordered altogether.

Germany’s main health institution, the Robert Koch Institute, estimates that there are around 210,000 cases of swine flu in the country. So far, 132 people with the virus have died in Germany.

HEALTH
WHO warns ‘high’ risk of monkeypox in Europe as it declares health emergency
Url copied to clipboard!