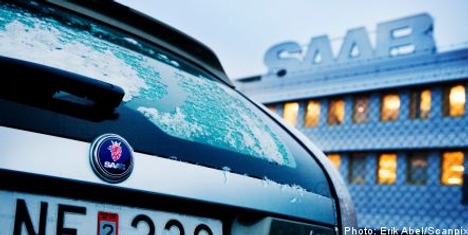 “The 31st of December deadline is not valid any more because GM announced that it will start the wind-down but at the same time that the bids that are coming in they will also evaluate,” Saab spokesperson Eric Geers told AFP.

General Motors is currently in negotiations to sell Saab to Spyker, a Dutch

sportscar maker. Spyker’s chief executive Victor Muller said earlier on Wednesday that he expects an answer from GM this week on his company’s offer.

He added that other potential buyers than Spyker, which made a second offer for Saab last week, may have entered into the mix.

Asked about reports that a new deadline for the deal of January 7 had been set, Geers declined to comment but added that Saab would resume production on January 11 after a four-week shutdown as part of plans to close the plant.

“We will build all the customer orders,” he said.

News of the deadline extension comes at the same time as various unions at Swedish car maker Saab have approached the US Department of the Treasury regarding GM’s announced wind-down of its Swedish unit.

tefan Löfven, head of the influential Swedish union IF Metall, told the TT news agency that the union has a contact at the US finance ministry who will guide them through the American bureaucracy.

“We have also received positive signals that a solution for GM and Saab is being worked out. The American Department of the Treasury wants a positive outcome for GM and for American tax payers. In the long-term, this should also mean a good outcome for Swedish taxpayers and for Saab,” said Löfven, who has also voiced criticism that the Swedish government had not stepped in to negotiate with its American counterpart.

“The world is not run by politicians calling each other. You don’t solve problems like that. There must be a buyer that GM wants to sell to,” TT quoted Swedish Prime Minister Fredrik Reinfeldt as saying previously.

Spyker renewed its offer on December 20th, two days after GM said it wanted to shut down the Swedish car maker.

On Tuesday, Swedish media reported that GM agreed to re-open negotiations on the sale of Saab to Spyker after the withdrawal of two of Spyker’s Russian investors.

Saab, which has barely turned a profit in two decades under GM management, employs about 3,400 people in Sweden. Media reports suggest a Saab closure could lead to more than 8,000 job losses, including subcontractors.