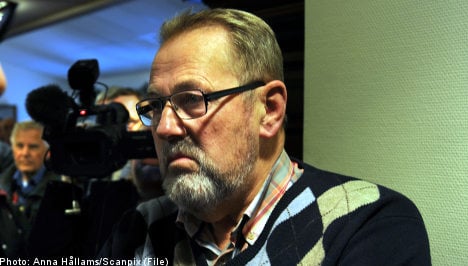 Seventy-year-old Ronald Fasth said he didn’t know yet whether or not he would appeal the court’s decision.

“I was hoping to be found innocent,” he told TT news agency.

“I think this (decision) is wrong. It’s not about the money, it’s the principle. I haven’t yet decided if I will appeal,” Fasth told Svenska Dagbladet newspaper.

Fasth readily admits that he slapped the boy, saying he did it to keep the peace.

“You have to demand a little respect, otherwise I might have gotten slapped myself,” he told SvD.

“I don’t regret that I slapped him, but I never thought it would become such a big deal,” he said.

The assault occured in July at Folkets Park in Värnamo, where Fasth slapped the 12-year-old after the boy insulted him and then began riding his bicycle across the park’s miniature golf course.

Fasth has been a volunteer at the park since the 1960s. 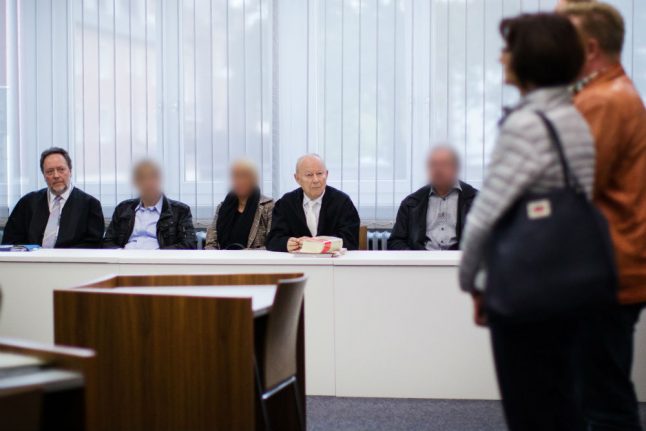 The three people who failed to help a dying old man in court in Essen on Monday. Photo: DPA.

In the nearly one-year-old incident captured on video camera, the 83-year-old man had collapsed and hit his head. He then fell unconscious on the floor of a cash machine room of a bank in the western city of Essen.

Two of the defendants testified that they thought the man was homeless and just asleep.

It took at least seven minutes until another bank customer phoned emergency services. They arrived 20 minutes later to ferry the man to hospital, but he never regained consciousness and died a week later.

A medical expert testified in court that the man would have died even if he had received medical attention more promptly.