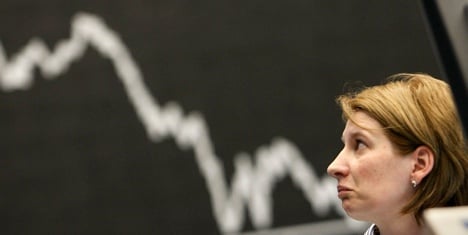 “We will get the second wave of the financial crisis next year,” Mario Ohoven, president of the German Association for Small and Medium-sized Businesses (BVMW), told news agency DDP on Tuesday. “The signs are unmistakable.”

Ohoven also accused certain speculators of not having learned anything from the financial crisis, pointing to the latest speculations with derivatives on the commodity markets. “This is the new bubble to follow the real estate hype,” he said.

But Ohoven saw better prospects in the eurozone countries. “There is €550 billion in toxic assets, of which only a maximum of 60 percent have depreciated,” he said. The rest, he believes, is still lying in bank vaults.

But according to a new assessment published Tuesday by news magazine Der Spiegel, most economic prognoses for the year 2010 have been unnecessarily bleak. According to the magazine, Germany’s reliance on export trade means that while it was disproportionately affected by the global downturn, just as any partial recovery will be disproportionately beneficial to Germany.

The magazine also pointed out that many global indicators suggested that trade around the world is likely to pick up in the New Year.