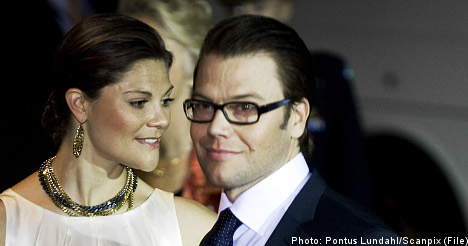 The honour was bestowed on Westling by Land magazine, which for the second year in a row has chosen the top 100 hotties hailing from rural Sweden (årets hetaste lantis).

The native of Ockelbo – a town of just over 6,000 people located in eastern Sweden – had a lock on Land magazine’s top spot the second Victoria accepted his proposal.

“Victoria said YES and Daniel Westling got the crown princess and the whole Duchy of Västergötland. But most of all he made Ockelbo known to royals around the world,” writes Land in its justification for bestowing its top ranking on the former gym manager.

“Talk about putting Ockelbo on the world map for a long time to come and indirectly bringing in much appreciated millions from tourists to his hometown,” the magazine continues.

Last year’s hottest hick was the manager of the Kalmar football club in southern Sweden, Nanne Bergstrand, who helped his team take home its first league championship in 2008.