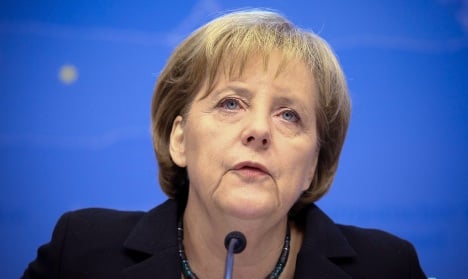 “The news reaching us is not good,” she said. “At the moment, the negotiations do not look promising but I of course hope that the presence of more than 100 heads of state and government can give the necessary impetus to the event.”

Merkel is expected to arrive in the Danish capital on Thursday afternoon and speak at the summit, where talks have stalled as developing nations square off against rich countries that have refused to make drastic cuts in carbon dioxide emissions.

The Chancellor also said that US pledges to reduce emissions by 17 percent from 2005 levels by 2020 were “not ambitious enough.”

Meanwhile German Environment Minister Norbert Röttgen appealed to world leaders to overcome what he called a “crisis” at the climate conference in Copenhagen.

Coming to an agreement on protecting the climate is in the “clear interest of the countries and humanity,” he said, adding that posturing from a few leaders should not be allowed to block progress.

The Environment Minister also said that Germany and the European Union would hold to their goal of limiting global warming to 2.0 degrees Celsius (3.6 degrees Fahrenheit).

“Our statements stand,” he said.

Chancellor Merkel is doing important work in Copenhagen, “but she can’t take over the tasks for everyone else,” he told the broadcaster.

“We want a concrete political decision that will be carried over into a treaty,” he said.