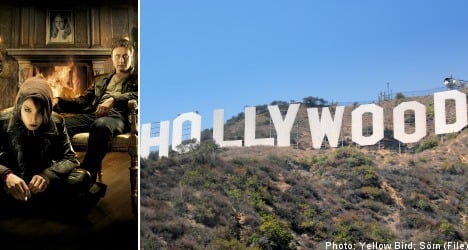 According to the Hollywood Reporter newspaper, Sony Pictures is in final stages of negotiating a deal to produce films which would be based directly on Larsson’s books, rather than as English remakes of the Swedish-language films by Danish director Niels Arden Oplev and his Swedish counterpart Daniel Alfredson.

“The novels are very cinematically told, with fantastic characters and page-turning plots. Once you start reading, they are impossible to put down. Lisbeth Salander is one of the most compelling characters in contemporary fiction and we couldn’t be more excited about bringing this project to the screen.”

Plans call for the screenplay based on the first book in the Larsson trilogy, “The Girl With the Dragon Tattoo” (Män som hatar kvinnor), to be written Steve Zaillian, who received an Oscar for the script for Schindler’s List.

The Swedish film adaptation of the first book in the “Millennium” series was released in Sweden in February 2009, and attracted nearly 6.5 million viewers and €55 million ($81 million) in worldwide box office receipts in just over six months in release.

The “Millennium” trilogy features the adventures of investigative reporter Mikael Blomkvist and rebellious hacker Lisbeth Salander as they navigate a dark and dangerous web of family and state secrets.

The books have been translated into more than 30 languages and sold more than 10 million copies worldwide.

Larsson, a Stockholm-based investigative journalist, died in November 2004 of a heart attack at the age of 50, just a year year before the trilogy was published in Sweden.