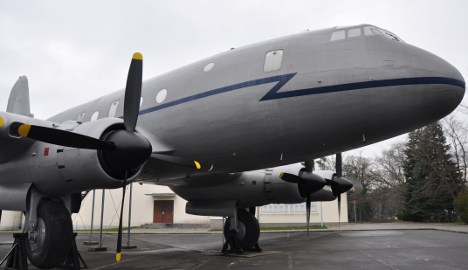 Dr. Helmut Trotnow, the outgoing director of the Museum, told a group of reporters, architects and museum officials this week that the move would allow the story of the Allies to be part of the “newly developing city centre.”

The museum, which documents the political and military history of the Western Allies in Germany from 1945 until 1994, receives around 70,000 visitors a year at its current location in a landmark cinema built by the Americans in 1952.

Once part of the American sector in Berlin, Zehlendorf is now considered an inconvenient destination for most visitors. A move to the mothballed airport at Tempelhof would bring the Allied Museum onto the “tourist highway,” said Rainer Klemke, a cultural affairs representative from the Berlin senate.

In a site study, the Allied Museum identified three possible locations within Tempelhof – each area measuring around 5,000 sq. meters – to house the museum’s artefacts, which range from a French Cessna plane to the original Checkpoint Charlie border crossing booth.

Dr. Hans Ottomeyer, president of the Deutsches Historisches Museum said that many of the Allied Museum’s larger items, e.g. planes, tanks and railroad cars, are currently subjected to harsh weather and corrosion at the Zehlendorf location. The aircraft hangars at Tempelhof, added Ottomeyer, would provide appropriate protection to such relics and also give the museum enough space to house an archive, library and multiple exhibitions under one roof.

Click here for a photo gallery of the museum.

While the need for physical space is of paramount concern, Trotnow noted that Tempelhof would also be a historically appropriate location for the Allied Museum. The airport was home to the Berlin Airlift, a humanitarian operation carried out by the Western Allies in 1948-1949.

On June 20, 1948, the Soviets cut off all rail and vehicle traffic to the French, British and American-controlled sectors of Berlin. In order to provide for the city’s two million inhabitants, the Western Allies transported tonnes of food and coal via airplanes, which landed at Tempelhof every two minutes for eleven months.

Templehof was of strategic importance to West Berlin until the mid-1970s. However, the combination of technological developments and the expansion of nearby Tegel Airport eventually led to a severe decrease in air traffic at Tempelhof. In 1996, the city unveiled plans for a new central airport at Berlin’s third air hub, Schönefeld. While Tempelhof officially closed on October 30, 2008, the future use of the airport has yet to be determined.

Berlin has signed a long-term lease for the fashion trade fair Bed & Butter at Tempelhof, but Mayor Klaus Wowereit has stressed he believes there is room for the museum there as well.

Trotnow emphasised that the proposal to relocate the Allied Museum must still be fleshed out in the coming year. “The devil’s in the details,” he said.