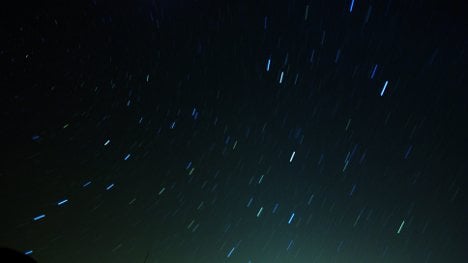 A file photo of the mysterious heavens. Photo: DPA

The object was first sighted over Braunschweig aroung 11:40 pm, but people in Celle, Delmenhorst, Lüneburg, Grabow, Kiel and Hannover also spotted the fireball streaking across the sky. The Network for Researching Unusual Heavenly Phenomena (CENAP) said on Tuesday the object eventually broke up into brightly glowing pieces before disappearing.

Wilfried Tost from the DLR said the fireball was likely a meteor, explaining that on average one falls to Earth over Central Europe each month.

Last spring, a German meteorite researcher found the remains of another spectacular fireball on the Danish island of Lolland.

A German boy this summer also claimed he was hit in the hand by a pebble-sized meteorite as he was on his way to school.