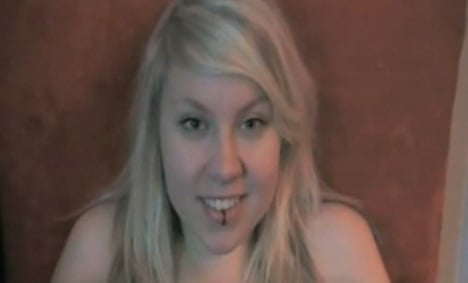 ”Arvika’s about partying, meeting new people, and, yes, people have sex at our festival so we want to be open about sexuality amongst young people.”

”It’s something everyone does, and it’s perfectly natural,” commented Magnerholt, a part-time student, part-time supermarket worker, on her new ”acting” role, who apparently has no problem showing her face on the camera.

”I think it’s a good thing. I don’t think there’s anything to be ashamed about.”

Magnerholt was not available for further comment today but Arvika marketing boss Emma Finnkvist told the Swedish media industry journal Dagens Media that the film was intended to provoke “the same feeling for others as it does for us: joy”.

And now its the men’s turn. To avoid a feminist backlash the festival organizers are looking for a guy to do something similar.