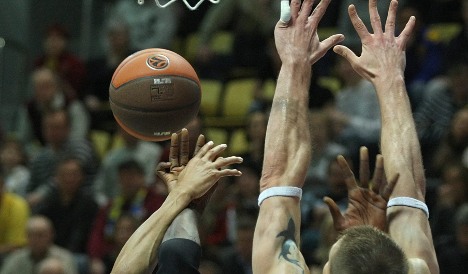 A suspect finals play-off game in Germany’s professional basketball league, the BBL, was under scrutiny, the report said, citing the state prosecutor’s office in the North Rhine-Westphalia city of Bochum, which has been investigating the case.

And investigators were also looking at an international professional women’s doubles tennis match in the Moroccan city of Fez in April.

Separately, Focus magazine reported Saturday that the match-fixing ring had infiltrated German betting offices to tamper with their monitoring systems.

Spiegel also wrote that the number of countries affected by the football corruption scandal had grown from nine to 17.

And it said some football professionals were preparing to make guilty pleas over their involvement in the ring. A former second-division player planned to declare before the Bochum state prosecutors that members of the ring gave him a loan in the high-six figures and later pressured him to manipulate matches.

Ten days ago in Berlin, police arrested Croatian-born gambling tycoon, Ante Sapina, who was also convicted in Germany’s last football corruption scandal in 2005. His brother Milan was also arrested. Police have targetted about 200 people over the scandal and arrested 15 in Germany, along with two in Switzerland.

According to an insider cited by Focus, Sapina had planted operatives in the betting industry. These accomplices rubber-stamped dodgy bets to avoid raising the suspicions of other betting industry employees, the insider said.

On Friday, the German fourth division club Ulm announced that it had sacked three players suspected of being involved in the match-fixing network.