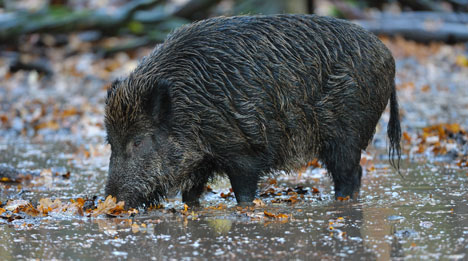 The ageing hunter was standing in line with four other men when he was hit by a bullet meant for a wild boar near Imsweiler in Donnersbergkreis county.

The police believe another 61-year-old hunter fired a first shot as the pig was running across an open field.

“Apparently he fired his weapon again as the animal was fleeing into the forest,” a police statement said. “But he hit the other hunter who was standing around 80 metres away.”

The injured hunter died at the scene. Police have opened a criminal investigation.