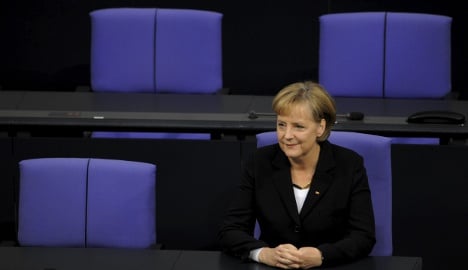 When Merkel and her new political partners stood in front of the press last weekend to present their comprehensive 124-page coalition agreement for the next four years, they wanted to make one thing very clear: their “back-yellow” alliance – so named for the party colours of the Christian Democrats (CDU) and Free Democrats (FDP) – would not threaten Germany’s cherished social welfare system.

“All those who claim that black-yellow is a danger to the social order, should finally be disabused of that with this agreement,” said FDP leader Guido Westerwelle.

Chancellor Merkel’s comments backed that up, as she stressed labour laws would not be gutted as many had feared. Though the FDP has always wanted to loosen job protection measures and limit worker influence at companies, Merkel made clear from the beginning she would veto such demands. And the boss of the CDU’s Bavarian sister party, the Christian Social Union’s Horst Seehofer, made clear he was happy the new coalition had made social issues a priority.

So is this government going to be like the old one, where Merkel’s conservatives were partnered with the centre-left Social Democrats? Is the new black-yellow government actually a socially liberal coalition with a Social Democratic chancellor, as many in the CDU used to complain?

But looking at the specific points of the new government’s political agenda, the black-yellow handwriting is recognisable throughout. The tax burden on society’s ‘high-achievers’ needs to be decreased significantly, according to both parties. And Merkel’s new coalition is doing just that: companies and heirs to large estates can expect tax cuts.

The entry income tax bracket will also be lowered and there will be an end to Germany’s fiscal cold progression, a type of bracket creep occurring when taxes rates aren’t pegged to inflation.

Small and middle-income earners should also profit from this – but those who pay no tax will not. They would have profited from a cut in social security contributions, but those are actually likely to rise in the coming years despite the billions being used to plug short-term budgetary gaps at Germany’s statutory health insurers.

Speaking of which, healthcare reform is one major issue that remains unresolved. The decision whether there will be a move away from income-indexed premiums to the uniform per person health insurance charge wanted by the FDP has been purposely fobbed off on a government commission.

Nevertheless, this much is clear: employer contributions to health insurance will be frozen. The principle of parity financing between workers and employers – a core piece of the old German social welfare state – has been buried by the new black-yellow coalition. That’s also true for long-term nursing care insurance, where the FDP and CDU both support increasing the burden exclusively on the insured. German firms have already announced their satisfaction with this arrangement.

When it comes to family polices, those better off will again profit more when the tax exemption for children and the child allowance are raised. This is due to fact the child tax exemption will do nothing to help the poorest German families, those who live on welfare or pay no income tax.

But there’s also a kind of rollback taking place in this area. It had seemed that the time when family policy was merely focused on direct payments to parents was nearing its end. But this had been radically reversed with the CSU’s demand for the Betreuungsgeld subsidy for parents opting to keep their children out of public day care.

Elsewhere, the CDU and the FDP are even bragging they will be more socially minded than the Social Democrats ever were. “We have done away with the worst injustices of Hartz IV,” claimed Westerwelle, referring to the name for German dole payments. But the only certain thing is this: very few people will benefit from the planned increase in the amount of assets welfare recipients will be able to hold onto when receiving government benefits.

Raising the amount of additional income allowed for those on unemployment is another way the new government will help Germany’s low-wage sector expand. The number of those who have to pursue low-paid work and simultaneously draw Hartz IV benefits is sure to climb as a result. There will also be no new minimum wage for the sectors that do not yet have one.

The centre-right coalition has also set Germany upon a radically new path as far as nuclear energy is concerned. The talk is of using it as “bridge technology” help pave the way toward an age of renewable energy. That sounds pretty green, but at the same time the lifespan of Germany’s nuclear reactors will be extended.

Taken all together, Angela Merkel might care to emphasise the continuity with her previous term in office backed by the Social Democrats, but on many specific issues there has already been a clear sea change to a new black-yellow political era in Germany.

This commentary was published with the kind permission of Zeit Online, where it originally appeared in German. Translation by The Local.