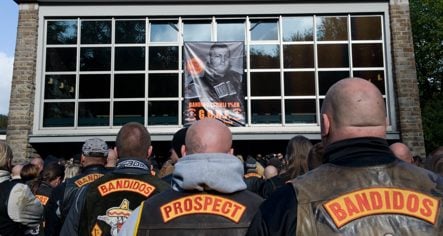 Raids across Germany in recent weeks have resulted in the arrest of several suspected members of the gang, and the confiscation of over a hundred kilos of cocaine, marijuana, hash, amphetamines and thousands of Ecstasy tablets.

Investigators searched around 50 apartments and houses in northern Germany and Rhineland-Palatinate, as well as a Bandidos club house.

Miriam Cruchter, an investigator at the Customs Criminal Investigation Office told the news magazine Focus, “We have started to notice more and more Bandidos members are drug couriers and dealers. We will have to keep closer tabs on them.”

Police identified a 27-year-old gang member from the small town of Oranienburg just outside Berlin as one of the main coordinators of the drug ring. Reports say he repeatedly smuggled hash and cocaine into the country and sold it. The suspect is a member of the Chicanos, described as a supporting sub-group of the Bandidos.

The Bandidos are embroiled in a European-wide rivalry with the Hells Angels, another biker gang suspected of organised crime activities, that has often descended into violence.

A 32-year-old man was killed in a shoot-out at a Bandidos bar in Duisburg in North Rhine-Westphalia earlier this month, and in August a member of a biker gang was shot and killed in Berlin’s Hohenschönhausen district.