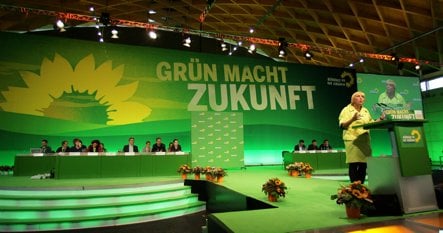 A large majority of the traditionally pacifist Green party voted for the gradual withdrawal from Afghanistan, overriding calls for a fixed date for ending military operations. Some Green delegates had called on the party to demand a complete withdrawal by the end of 2011, or even mid-2010.

Green party leader Claudia Roth warned party members that “a sensible withdrawal takes time”, while an immediate end of operations would be “irresponsible”, and would open Afghanistan to the threat of civil war.

Instead, the Greens have decided to call on the new German government to develop a fixed and binding plan to re-build Afghanistan, with the emphasis on strengthening the Afghan police force. The main priority should be the protection of the Afghan population.

Should such a plan not be forthcoming, the Green party will recommend that its representatives in the German parliament vote against any extension of the ISAF mandate in Afghanistan.

This resolution, though passed at the conference, remains deeply controversial within the Green party, many of whose members want the party to position itself clearly against any extension of the military mission in Afghanistan.

The Greens did vote to oppose the extension of the anti-terrorist mission Operation Enduring Freedom. Both international military missions, which Germany currently supports, are set to face a new vote in the German parliament in December.