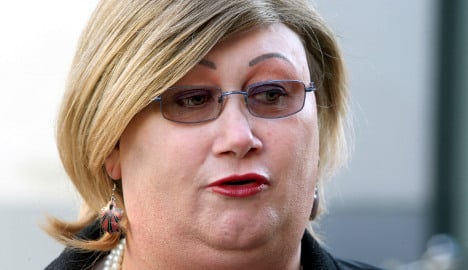 Sarah Jane Smith, 51, has been living as a woman since she began the sex change process three years ago in Hannover. But the hormones prescribed by her doctor made her breasts grow from the side of her chest, the magazine reported.

She suffered so greatly from forcing her breasts into corsets and bras that Smith applied to have a corrective operation with the DAK health insurer, with which she has been insured since 1998.

Smith took the case to court, and the judge ruled on Wednesday that DAK would have to pay for the surgery.

According to a DAK spokesperson Jörg Bodanowitz, German insurance oversight organisation MDK found that Smith fulfilled the same criteria as a born woman.

“And this examination showed that there is actually a case of malpositioned breasts,” Bodanowitz said, adding that the DAK would follow the recommendation to operate.

According to Der Spiegel Smith discovered her will to be a woman at an early age, and after marrying a German woman used every opportunity alone to dress in female clothing. She divorced in 2003.