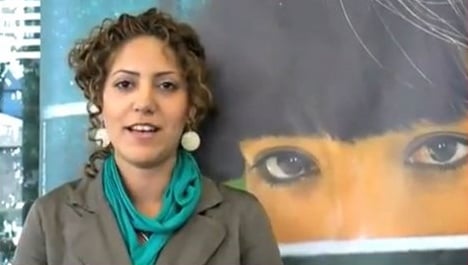 The 25-year-old’s eighth film, “Darkhish,” or “The Rake,” premiered last Friday at the Nuremberg Human Rights Film Festival. Based on Franz Kafka’s short story, “In the Penal Colony,” the 10-minute film features a machine that brutally punishes alleged criminals by etching their transgressions into their flesh. Film festival organisers described the machine as a “symbol for a totalitarian barbarism” condemning Iran’s brutal penal system.

Why did you decide to apply for asylum in Germany?

Two days before the festival ended someone called from Iran – I won’t say who because I’m very afraid for my family, friends and my mother. They told me they had seen news about my film and the festival on the internet, and that it would be better if I stayed here, that I must stay here.

Your father Mehdi Kalhor is one of Ahmadinejad’s top advisors for cultural and media affairs. You said in a YouTube interview that appeared on Monday that he did not know of your film – do you have political differences?

My father works for the regime and I’ve had no contact with him for about six months, since he left our apartment. This is because of both political and family differences.

How do you feel about all of this?

I’m really scared for my family. They didn’t know I was coming here for a human rights festival. I told them and the Iranian airport officials that I was coming for a workshop in Halle. It’s a crazy thing to think that I may never return to Iran, especially when I think of my mother.

When I was in Iran, I thought a film festival in Nuremberg would be small, that it wasn’t very well-known. I expected to come here and make new contacts for future work. I didn’t think that everything about me would appear online. I had to decide, do I take on problems with police in Iran or stay here? I prefer to stay here.

Where will you live in Germany?

I don’t want to say because I’m afraid.

Where are you now?

I’m staying at a home for asylum seekers.

Your German is very good, how long have you studied German and do you already have an interest in the culture?

I studied German for four years at the Goethe Institute in Iran and also a course in Germany. And my film comes from a Kafka story – I enjoy German literature.

What do you plan to do in Germany?

I really want to continue to make films about the problematic situation of human rights in Iran.